Thousands of individuals from over seventy nations have been impacted by this Christ-centered ministry. People from all walks of life have attended because they heard about HFN through a friend, a pastor, a counselor, or because other well known Christian organizations have referred them to us.

We believe the success of these retreats and conferences has been due to a strong emphasis on prayer, innovative teaching techniques, creative group work, and the powerful discipleship tools that are shared at each event. These key elements have worked together to help Christians experience head to heart “breakthroughs”, deepen their understanding of key biblical concepts, build solid biblical foundations, and meet God in a new and powerful way. God, Jehovah-Rapha (Hebrew for healer), has indeed brought healing and wholeness to His people!

In July 1986, while working as Educational Director of a secular psychiatric hospital, I (Rujon) began to see more and more Christians enter our programs. Treatment facilities during this time did not deal with issues from a Christ-centered perspective. Christians who entered these programs found themselves in a totally secular setting, often without any spiritual help. I became more and more burdened by this situation. During this time I was promoted to develop partial hospital programs, and as clinical director of the adolescent program I had even more concern of what we might offer.

One day as I was praying, I felt God speak this to me, “I want to heal My people. Put Me to the test.” This, “Put Me to the test” did not mean to challenge God, but to truly believe that He was the only true Healer, the Wonderful Counselor. As Jehovah-Rapha (Hebrew for Healer), He must be put before any other type of training or methodology.

A few months after this experience, I received a call from the newly developed Rapha program, which offered distinctly Christ-centered inpatient treatment. I was asked to help start this program in Atlanta and then help with multiplication across the U.S.

Two years later, Steve and I dedicated our lives to missions. God’s “call” was taking us on a very different journey. Eighteen months later we left our corporate jobs, our home, and extended family. We had an invitation and visas from the Church of England to work with a particular church; and we were not even Anglicans!

These in-between months of preparation were filled with amazing stories of how God opened doors, guided us, and prepared the hearts of people who would receive us at St. Thomas’ in Lancaster. This church had a renewal center which was designed to bring healing and wholeness to people both within and outside the Church. We were asked to direct this center and to develop a much-needed lay counselor training program and discipleship courses. Our first retreats were pioneered during this time.

Meanwhile mental health care in the States was undergoing a radical change. Treatment became extremely expensive and hard to receive, as it was controlled by new insurance “regulations.” Robert McGee, author of The Search for Significance and founder of Rapha Hospitals, had been a supporter of our ministry and felt strongly that our retreat format would provide a much needed, cost-effective alternative for Christians. He began to encourage us to return to the States and start a retreat ministry for believers who needed a more intensive experience.

In 1992, after almost three years in England, we returned home to the US, received our non-profit organizational status, and began The Rapha Retreat. These intensive retreats were held one week each month in Colorado at Glen Eyrie, the International Conference Center for the Navigators’ Ministry. Our England team had become a crucial part in helping us establish this new ministry in the States, as well as maintaining a growing ministry in England.

We soon needed a new name for the ministry that would not be confused with Rapha Treatment Centers and would also more adequately capture our hearts for missions. During this time we were particularly touched by a song written by Bob Fitts called, “Take My Healing to the Nations.” It embraced our hearts for God’s people. This song inspired our new name, Healing for the Nations.

By January 1997, we had worked with individuals from sixty nations through conferences and retreats we held for mission organizations! Currently, our program material has been translated into German, Spanish, Dutch, Hindi, Korean, Nepali, Russian, French and Mandarin Chinese. Since 1993 we have conducted Intensive Retreats on a monthly basis in the U.S.

Since January of 2012, the ministry has been based in Missouri.  In September 2019, Steve and Rujon knew that the Missouri chapter had come to a close.  They are very thankful for all that God did in their time in Missouri.  Their work with Shelterwood Academy was a blessed time that enabled retreats for young people to be established.

As of October 2019, they returned home to Marietta to continue the mission of bringing healing and hope to God’s people through retreats, counseling and conferences.  They are excited about this new chapter.

The Intensive Retreat has always been the flagship ministry of Healing for the Nations and we give God the glory for all He has done and will continue to do in the lives of those who need His healing touch. Teachers, homemakers, pastors, truck drivers, doctors, college students, missionaries and people from all walks of life have found the Intensive Retreat to be foundational in their discipleship journey.

“The entire presentation of the Nations From Head to Heart church conference not only opened the door for life changing decisions but also included tools and a plan for ongoing growth and healing. I would highly recommend Healing for the Nations to your congregation or group!” Pastor Roger Cousineau, East Auburn Baptist Church.

“This ministry has proven to be effective cross-culturally in leadership development. It has provided an opportunity for many from the nations to discover the true basis of personal value-understanding how to walk free from the stumbling blocks that bind.” Dr. David Boyd, former Chancellor, University of the Nations, Youth With A Mission.

“The Intensive Retreat is a powerful, evangelistic tool for Russia and Eastern Europe Here the people are often religious, or seek reality in religion but have not experienced the foundations they need. For example, many Christians come to these countries with evangelistic outreaches and are thrilled by the positive response for Christ they receive. But, in a few weeks the people have lost what they received. Why? Because they just do not have the necessary biblical foundations to under gird their faith. The ministry of Healing for the Nations offers a non-threatening environment, which impacts individuals powerfully with the message of the Cross and God’s truths! It offers people solid biblical foundations from which they can build their lives.” Al Akimoff, YWAM Director of Slavic Ministries.

Healing for the Nations now has teams offering Intensive Retreats and conferences in England, Holland, France, Germany, Austria and our most recent team in formation is in Italy.

JOIN US ON OUR NEXT JOURNEY! 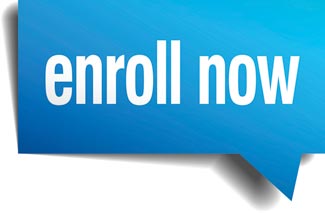 “Since 1993 I have seen God move through Healing for the Nations to change lives, restore families and transform broken individuals into men and women who could once again have a future and a hope. I know of no other ministry that has had a greater and more lasting effect on the lives of God’s people.”